Not many have had a longer or harder road to stardom than Paper Divided Profit artist, Jacc Breeze. After a tumultuous upbringing and some time in the penal system, Jacc is now out and quickly becoming one of the Midwest’s brightest stars. His new single/video Pray For It is a glimpse into the darker side of being Breeze.

Jacc Breeze took a short hiatus, only to bounce back stronger. The Midwest rapper/crooner is back with his new single and video “8o8’s and Heartbreaks”. Borrowing from Kanye’s album title of a similar name, Breeze delivers a catchy tune over bumping production. Deezy Da Paperboy plays video director for the Paper Dividend Profit signed artist.

The Midwest Connectz are back with their latest compilation mixtape. Fueled by singles from artists like @iambennieblanco, (“Facts”), @aspectzavi_ (XOXOUT), and @crashdiggz with @ecrayjr (Big Freak), and appearances from frequent Connectz collaborators like @deezydapaperboy x @meezykillafield (Bad Habits), @thealexaredd (Minds On You) and @joedividends (Spend A Check) plus drops from some of Hip Hop’s biggest names give “Money Moves” the jump on summer projects. Linking with both the Nerve DJs and Coast2Coast DJs validate the Midwest Connectz as the go-to Mixtape DJs on the internet!

Check out “Money Moves” here and let us know who had the best single on the release. 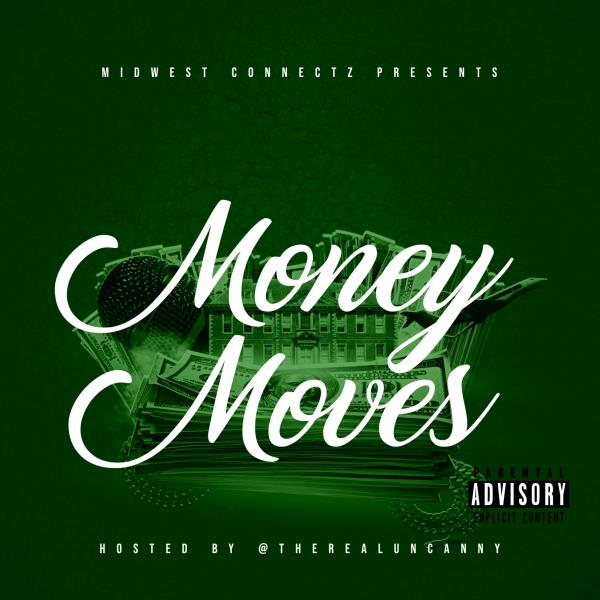 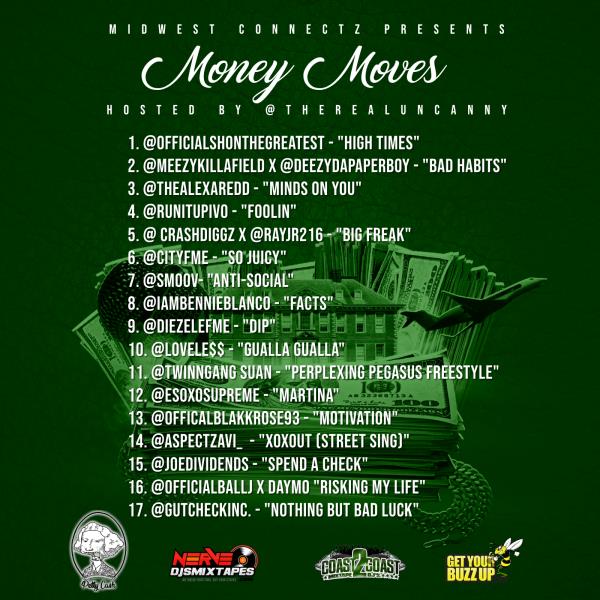 GO TO COAST2COASTSUBMISSIONS.COM
TO GET YOUR SONG ON THE NEXT COAST 2 COAST MIXTAPE!

Creating timeless music, putting on amazing live shows, and providing a platform for other artists to shine are only part of what makes Deezy Da Paperboy  “The Midwest Miracle.” Making the transition from full time recording artist to executive is a move not everyone is equipped for. Deezy not only made the move, but has excelled in his new position. Da Paperboy has become a known commodity in the world of Midwest Hip Hop with his brand of high energy, potent rhymes and his affinity for banging beats. His latest release The Midwest Miracle serves as a reminder that even in his new position as a label head, music is the number 1 priority. Keeping it short and sweet with only 5 tracks, the energy remains high with singles like “Trap” and “Blessed Up”. “Quick Notes” serves as a road map through the thought process of the talented emcee and “Light The Sky” featuring Alexa Redd showcases both his songwriting ability and the talent that brought Alexa into the Paperboy Entertainment fold. With plans to tour in the first quarter of 2019 and new singles and releases planned for the rest of 2019 it’s only a matter of time before one the Midwest’s best delivers yet another miracle.
The Midwest Miracle is now available on all major digital retailers.

Deezy Da Paperboy is on a mission for the “Krown”, and even a stint in jail isn’t stopping him. The multi-award winning artist recently found himself on the wrong side of the law but even that can’t stop his momentum. “UnderGroundKrown” made it’s debut Independence Day to rave reviews. The 9 track project is packed full of high energy production and street-certified hits like; “Turn Up The Stove”, “Telling Me Nothing”,  and the Sheezy assisted “Not Me”. Taking a page right from the playbook of artists like Shyne, and Gucci Mane, releasing music while incarcerated only puts Da Paperboy that much closer to the throne.
https://bandcamp.com/EmbeddedPlayer/album=2867864892/size=large/bgcol=ffffff/linkcol=0687f5/tracklist=false/artwork=small/transparent=true/

Deezy Da Paperboy has established himself as one of Illinois premier artists. After hitting stages across the Midwest, he shifted the focus on his latest single to help the embattled Bobby Shmurda on “Free Shmurda”. Blazing bars from the time the video starts, Deezy torches his local contemporaries while also dropping the jewel “FREE Shmurda/Niggas ain’t up on the clout/I’ma have to bond em out/Give his ass a zip , 2 phones and a burner”. Looks like “Mr. Win Em All” is ready to take his winning ways all the way to Rikers to free the homie.

Deezy Da Paperboy took lemons & released “Lemonade” the newest refreshing single from the one of Central Illinois most acclaimed.  The song talks about how the artist came up by talking about his struggles on beats, & the benefits he’s received based of the trails & tribulations of his harrowing life. Check it out below, & his newest video “Free Shmurda” by clicking here.

The Midsouth Best $1000 showcase went down & history in Memphis Nov. 5th & the winners were Stringz of St.Louis who actually went to college in Memphis, & Bravee Musiq of Jackson, Tenn.

The most thought out performance of the night, came from a performer who spent his entire 1st track in a straight jacket surrounded by doctors & nurses that turned into background dancers . The vibe of his performance along was like watching a production from an award show, and had everybody glued to his performance to see what other surprises were in store.

Stringz had the most confidence out of all of the performers of the night commanding the crowd with one of the most original sounds, & songs of the evening , that drew everyone closer to the stage, even the competition, with everybody swaying their arms in unison. The energy of his performance changed the feel of the whole showcase. He stood out, & sounded like no one else.

Both artist put on explosive, entertaining shows, but most artist that competed that night did a great job as well, Memphis showed love, and most people respected the decision of the judges overwhelmingly. Midwest Best $1000 8th $1000 Showcase January 21st at Studio 618 for more info text 3146296404.

Former Midwest Best Winner (#MWB4) and one of Central Illinois most championed indie artist Deezy Da Papaer Boy links up with one of the most recognized voices throughout Memphis, Miscellaneous to brag about their chicks diets and what not, for further detail hit play.