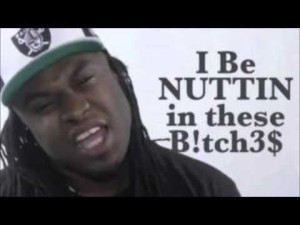 Check Out the Video

@ItzJayKelly NUTTIN IN THESE BITCHES, HOW YALL FEEL ABOUT THIS

Atlanta based artist Jay Kelly, has a unique problem. According to his popualr song he has an obsession with nutting in bitches. When asked about this he stated some people snort cocaine, some people molest kids, some people nut in these bitches. “For the record he never said that.”

Check out the video and decide if its really as bad as  popping a molly, Miley Cyrus twerking, are kids cursing. Can nutting in Bitches or Women cause major issues yes. So can consumption of liquor , cigarettes, bacon, pepsi, & other items.

Catch this song live randomly on Sirius Xm, 89.5 the wave Saturdays with Dj Whobeta, and other stations, or protest it because you are against premeditated ejaculation.