Hidden Gem Alert Louii Gurl Mommii Had 2 of the hottest singles 2021 in St.Louis have you heard them yet

1st off this is my opinion, my opinion only, and not the opinion of any affiliated parties. There may also be a few misspelled words and incomplete thoughts. Also, even though this is a list of things I believe African Americans should do, I understand that people of all races feels that this verdict was bull.

5.Stand Up for Marissa Alexander

A lot of you may say who is this and what’s the fight. Well, Marissa Alexander was sentenced to 20 years in prison for standing her ground in the summer of 2010, against her abusive husband who beat her while she was pregnant. After yet another beating, Alexander fired a warning shot that days prior to the incident. Alexander was trained to use a weapon and received a concealed weapons permit. She didn’t kill or even hurt anyone, receives 20 years, while George Zimmerman killed an innocent child and goes home. All the while we won’t stand up for her because its not in the headlines. 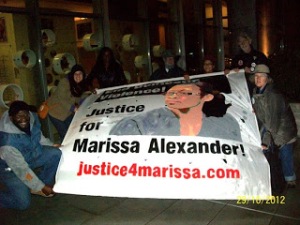 Boycott Florida4.Boycott the State Of Florida

If you ever been outraged about any court case in Florida,( Casey Anthony trail,Elliot Gonzales, the 2000 election, the list continues) and this was the straw that broke the camels back, boycott the state of Florida, a system that allows a victim to go un just. Stand up against Florida, no Miami Heat, no Disney Land, Sea World, no Rick Ross, etc, etc, until their justice system, provides real justice for all. But of course we like what we like and won’t be boycotting anything in Florida, even though its not safe for African American boys to walk the suburbs of the state, we will spend $1000 +, 20 miles of away from Travon’s Final destination at Disney World, or Universal Studio’s.

3.Encourage the President and Attorney General to seek federal charges against George Zimmerman

The Sate of Florida already gave their opinion on how this case should end, but it is far from over. If you want justice for Trayvon Martin, or against George Zimmerman, support organizations that are applying pressure to the Attorney General & Barrack Obama to seek federal charges. Not to forget, the family is also seeking a civil suit, against George Zimmerman as well making it impossible to make money off of his brutal story. Stand behind them and give them the support you have given them for over a year.

2.Fight for any other African American murdered regardless of the race of the gun man.

Everyday, George Zimmerman gets away with murder. He’s not just white, he’s the drive by shooter, he is gang retaliation. If you are upset about George Zimmerman, be enraged about the innocent killing of any. But then again, we have a code of silence and we all know snitches get stitches.