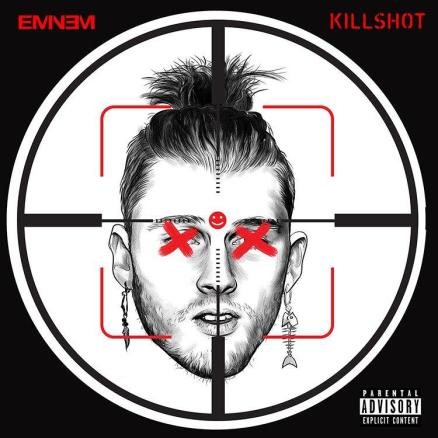 Eminem nearly broke streaming records with his latest diss to his hip hop off sprng Machine Gun Kelly. However, as many times as it was played many agree that it doesn’t live up to the hype.

When you call yourself Rap God people expect nothing less than that & when you name your record killshot the target shouldn’t be in a position to respond, however nothing was exposed about MGK, he spent the song basically saying what we already knew. yes Marshall we know you have more money then Colson, yes we know you hav a bigger catalog, sold way more albums, so whats the kill shot, what makes us say yeah, its over for this guy? Fans chime in ill wait. It took the self proclaimed Rap God 1 entire week to release a record to tell us what Mgk has a man bun, that Kell dresses better, & wondering what type of cereal he eats. People are waiting on Mgk’s response, he has announced the release of a new album, hes trending & people think its debatable on who has the better diss. Mgk is no Goat, he is no legend, hes you proclaimed off spring, & you say you the rap god if you say they dead they better be dead in this case you missed, he’s as relavent as ever, and your Rap God status is being questioned.

Who do you think had a better round 1 Eminem or Mgk hit me on Instagram or tweet me @Whobeta & let me know for a follow back. Check out both diss records below.