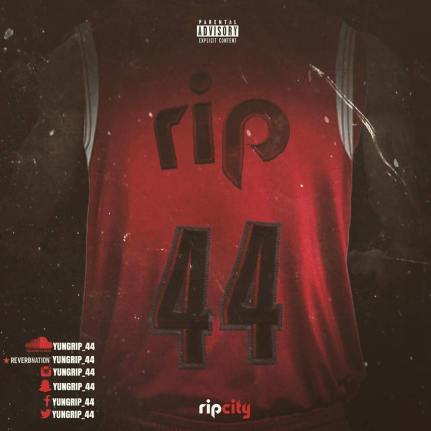 Yung Rip was born Marco Law August 25th in the small southern town of Prichard, Alabama. In a single parent household with 5 siblings, Yung Rip learned early that if you don’t work you don’t eat & started cutting grass, washing cars, and other odd end jobs from his preteen to teenage years .

Growing up in the era were southern hip hop became mainstream Yung Rip listened & was influenced by rap groups such as the Hot Boys, Geto Boys, & the 504 Boys, and started free styling in studio sessions at the age of 15, earning the nick name “Off the Rip” that was eventually shortened to  Yung Rip. In the effort to pay for new his hip hop hobby, stay fly, & provide for his house hold, he worked his 1st official job at the age of 16 at a local McDonalds, while attending LeFlore High school with current NBA star Demarcus Cousin. Desiring more out of life at the age of 18 Marco started selling narcotics, even getting caught with weed on campus in his senior year. Barely taking school serious, slanging, & skipping school Young Rip still managed to graduate on time. Still in the streets, & searching for direction with limited resources Yung Rip was kicked out the house & moved around from place to place. Realizing the street life wasn’t for him, and wanting to be a positive role model for his 2 nephews & niece, found another way out, getting his CDL, & driving 18 Wheelers

As of the summer of 2016 all of Yung Rips shows have been in his home state of Alabama, including his biggest show to date in Evergreen, Alabama where he performed in front of a crowd of over 700 people. Rip is planning for his Ep debut “Rip City” expected to be released late 2016, inspired by his visions of taking over the Mobile, Alabama area. He will be a special guest judge at the Mid South Best Nov. 5th in Memphis, Tenn, as well as other potential shows in St.Louis, Springfield, & of course his hometown of Mobile, Al.