September 15th on 89.5 the wave was a unique one. Guest included call ins from Trey Song’s former backup singer Jason Little & a Spokesperson of greenforall.org Julian (something), & in studio guest Solo (formerly of the group St.Louis Group 3 G). 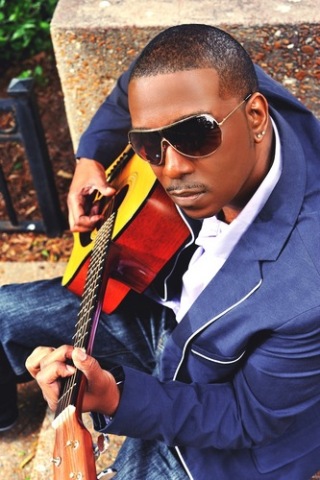 The day was supposed to start with Julian calling in roughly around 12:15 pm but do to time zones and time & stuff like that he didn’t call right away, but Jason Little was able to call in early. While talking with Jason Little, he gave us a brief history of his musical background, which mainstream success started with former group Ol Sckool (discovered by Kieth Sweat). After the group disassembled he moved to New York were he was able to land the gig as the rising star Trey Songz back up singer. Hear the entire interview & here his new song “She Wanted Me” by clicking on photo with guitar.

Right after the call with Jason Little ended we were back to back with now Julian of Greenforall.org. He explained how going green could help beautify our communities, as well as help our economy. He also talked about briefly about major musicians that have worked with their organization, including: Wiz Khalifia, Drake, and much more. This interview will be available on sound cloud shortly check for updates. 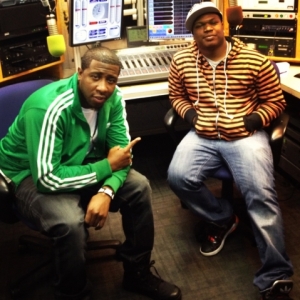 Last guest of the day (who arrived extremely early) Solo, came by to release his new Track which features Chingy, Murphy Lee, & Fresco Kane (Gena). He didn’t hold anything back in this week’s edition music light. He gave 2 out of 5 songs a reviews which may be the 1st time that has happened, he even went as far as requesting that one artist fire their engineer. He also gave 2 artist the green light (go). Shout out to Kapitol & Brian Lockett. After the traditional 5 song game we went in to overtime and he shot down 1 more song & gave 1 more praise. After his interview their were callers against his opinions & those who supported his opinion. To hear his entire interview click photo with Solo & Dj Whobeta.
That was the majority of the show. Even though it was congested it worked out well don’t forget to check out the show every Saturday 12p-4p on 89.5 the wave, stream us live http://www.stlcc.edu/kcfv , & add me/ follow me facebook.com & @whobeta.