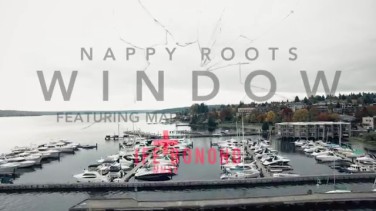 Check out the new refreshing single “Window” from Veteran Hip Hop Group Nappy Roots from the album The 40 AKERZ Project, released in March 2015. The song is produced by 808 Blake of SMKA and features vocals and guitar from Madison Laughridge and Roark Bailey. The official music video was shot by Sonny Bonoho and IFE who also directed Nappy Roots video’s “Call The Cops” & “HAZY” The beautiful scenery for “Window” is credited to Kirkland, WA. & was filmed while they were on The Lost Travelers Tour in October, 2015.