St.Louis native and current Princess of Hip Hop Tiffany Foxx came back to St.Louis to work her ass off hosting a party at the Soho Friday, to tearing down the stage at Super Jam for the Official kick off of the Summer Season, and ended her St.Louis summer kick off with a listening party at State of the Art Phat Buddah studio’s in downtown St.Louis which was a private event until she decided her fans & potential fans deserved a change to see Foxx’s “Body” of work.

Her listening party was for her new project “King Foxx” which was released June 16th on Livemixtapes.com . The tape filled with 13th monster tracks include features , and production from several heavy weights in the game including Pusha T, Zaytoven, and well as a few known names in St.Louis such as Bradd Young and Vega Heart Break. “King Foxx” has been getting great reviews online, with some people more excited over her look then sound.

The listening party which was set to start at 7pm was pushed back to 8ish as many waited for the “King Foxx” to arrive, as some wrote on her twitter, and Facebook pages, “we here where are you,” from 1 supporter on Facebook. 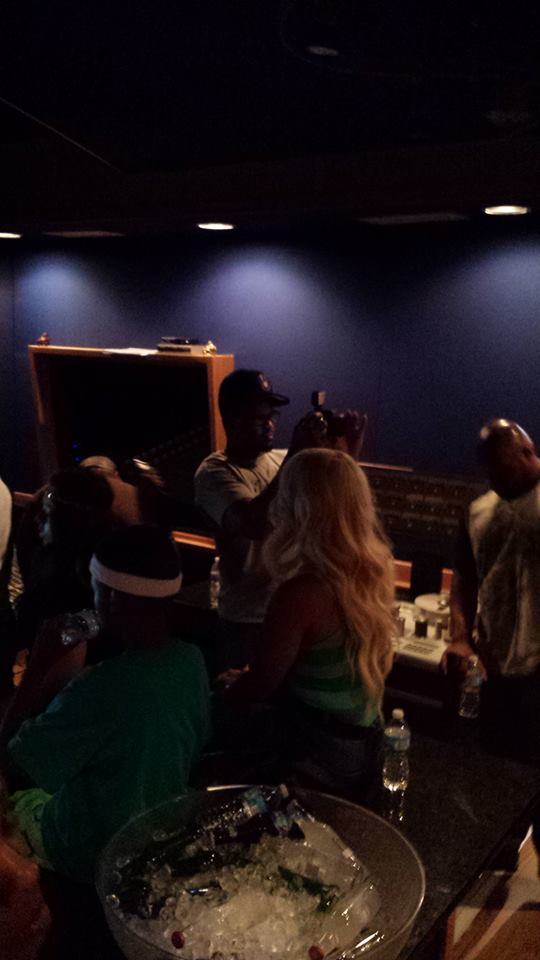 After being fashionably late they began the onslaught of 13 tracks, and a slew of compliments from her management , team, and supporters followed each track, including emotional moments from her manager which described her as the female “Jay Z”, and also Rock-house Owner / Founder Orlando Watson who credits her for starting the St.Louis power house, after building a musical relationship and and introducing him to singer, song writer Brad Young.

After playing the entire tape they asked all in attendance what their favorite records were and the overwhelming response from ladies was “I want all this, I want all this, I want all this,” which is the hook to the catchy track “Buy Her What She want” which has a throwback Gucci Mane feel to it. They even gave a sneak peak to the album playing a snippet of a track with St.Louis producer / rap artist Vega Heartbreak. Before closing out the session she urged her home town for support, and expressed how important it was for her city to follow suite with the movement she has else where like in New York, Atl, etc.

Most importantly everybody walked away with a copy of the mixtape, judge for yourself and check it out now http://www.livemixtapes.com/mixtapes/28427/tiffany-foxx-king-foxx.html