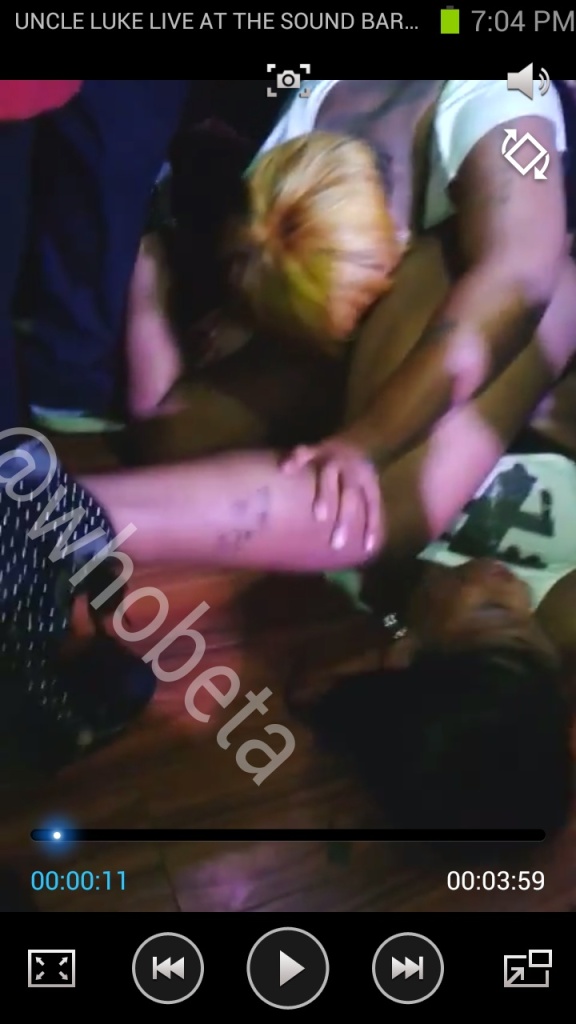 Everybody’s favorite uncle, Uncle Luke was in St.Louis for a freak down and didn’t disappoint, in the midst of what was suppose to be twerk contest he invites a chick on stage letting her know that if she ate the cat on stage she would win the $1000 prize, after doing so Uncle Luke then inspires her to eat her A** and she does.

After doing all that Uncle Luke ask of her she is still not rewarded the $1000 instead there is another woman who wants to join in an “contend for the $1000 prize and Uncle Luke insist that the woman run a train on one another, and they do, in front of the crowd.

Now you are probably wondering who won? Well at the end of the video he encourages all of the woman to get ratchet and its not clear who won.